Have you ever seen grey specks on the moon? The Cracovians say it is the smoke from Sir Twardowski’s pipe. You ask – And who is he and what is he doing on the moon? He has been sitting there for several hundred years! With the blood from his own finger he signed a pact with the devil that he would give him his soul if he would serve him. With his honour, he guaranteed to fulfil the contract. However, there was one condition that had to be fulfilled for the devil to kidnap him, Twardowski had to be in Rome. The nobleman had a cunning plan that he would never get there, but let’s start at the beginning….

Who was Sir Twardowski?

Sir Twardowski was an educated, ambitious man with a love of science, especially medical science. He was interested in magic and supernatural forces, constantly learning their ever-deepening secrets and conducting many experiments. One day, he decided that in order to conduct further research, he needed powers from beyond the worlds. He found a way to summon the devil in his books, applied it and to his surprise, one day a black figure with hooves and a scythe-like tail appeared before his eyes. The cunning devil was sure that he had just gained another soul, which he would take to the infernal depths, but Mr Twardowski remained vigilant. In the cyrograph, which was supposed to be a guarantee for the devil to kidnap the nobleman’s soul, he added a provision that he could only do so if the nobleman made it to Rome. In return, our hero could use the supernatural powers possessed by the villain at will and as he wished. Mr Twardowski then began to do good, something the devil did not foresee, as he was sure that people were greedy and would use his power for unholy purposes.

And so the fame of the nobleman grew, who magically healed and cured not only people but also animals. He owned a large rooster, which he created with devilish powers, on which he visited Polish villages and towns to help others. Eventually, news of him reached King Sigismund Augustus himself, who was in despair after the loss of his beloved wife. He asked Mr Twardowski to summon the spirit of the deceased queen. The nobleman decided to fulfil his wish and an image of the woman appeared in one of the king’s mirrors, thus winning the king’s great respect and favour. 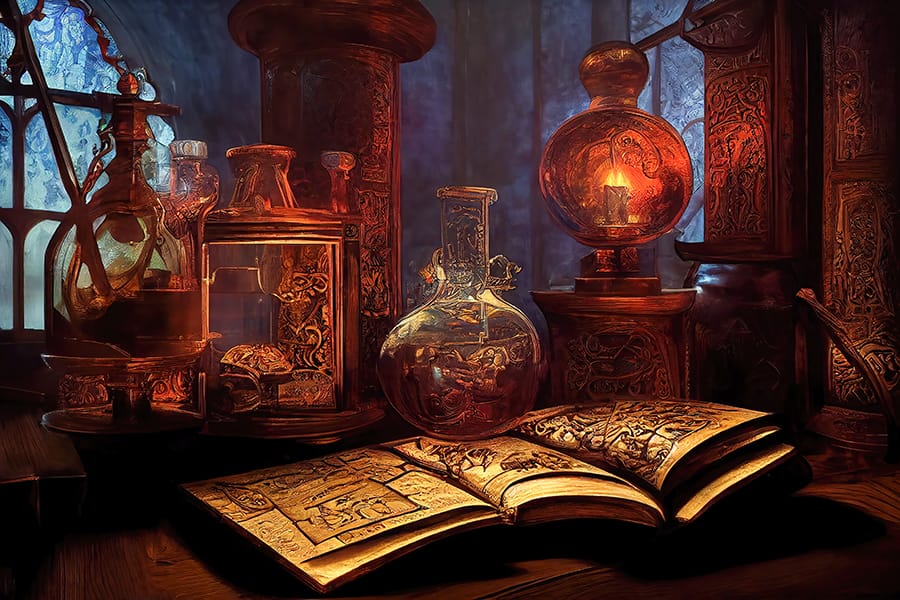 The sorcerer, thanks to his actions, gained such recognition and wealth that he almost forgot about the signed promise. One day he was returning tired to Cracow and decided to rest at a roadside inn. Suddenly black crows appeared, and among them the familiar figure of the devil. Our nobleman turned pale and fear coursed through him, he began to curse his inattention, but it was too late. The devil, with a sly grin, caught him and flew upwards to hell. They flew high, high, hovering above the clouds, and the earth got smaller and smaller. Then Mr Twardowski saw from above that this inn was called ROME!

Without thinking long and trying to save his soul from the devil’s intentions, he began to sing a song to the Virgin Mary that his mother had taught him. The devil wanted to fly faster, but his power was waning. Twardowski sang verse after verse, and the black figure underwent worse and worse torments, until finally it dropped him… At that moment they flew over the moon and that is where Mr Twardowski fell. It is said that he sits there to this day, gazing longingly at the earth, looking out over Cracow and will linger there until the end of the world.

Legend has it that in the area of today’s Skałki Twardowskiego there was a sorcerer’s workshop. These are the grounds of Kraków’s Krzemionki Zakrzowskie (Zakrzówek). It was there in the 16th century that a nobleman had his laboratory and ran a school of magic. One day, during one of his subsequent experiments, there was an explosion which resulted in the creation of the rocks which still bear his name and are a place eagerly visited by the inhabitants of Cracow and the surrounding area. Nowadays, Twardowski’s Rocks attract rock-climbing enthusiasts and are a very popular holiday destination for Cracovians.

Where are the Twardowski Rocks located?

Twardowski’s Rocks are located in Krakow’s city park on the Krzemionki Zakrzowskie hill. They are located about 3 km from the city centre, between Tyniecka, Nuremberg and Wyłom streets in the Debniki district. The rocks are a popular tourist attraction in the city and visitors can explore the beautiful nature that surrounds them. The park is home to a variety of wildlife. Paths are available to explore and enjoy the natural beauty of the park. Twardowski’s Rocks is an amazing place to visit and learn about Cracow’s history and nature. So don’t miss this unique opportunity when visiting Cracow!

We can also find traces of Master Twardowski’s presence by going 100 kilometres north-west of Cracow.

Twardowski’s Gate is a limestone bridge rock located in a forest in the village of Siedlec, Częstochowa County. The poet Zygmunt Krasiński (1812-1859), who was fond of walking in the area, gave it this name referring to Pan Twardowski. There is also a legend associated with the place, saying that the rock was left imprints by the devil’s cock when he set off with the sorcerer Twardowski on his journey to the moon! As if that wasn’t enough, there is a superstition associated with the Twardowski’s Gate, which states that any maiden who passes through this rocky opening will quickly find her ideal partner and marry him!

Wondering if Master Twardowski really existed? I will surprise you, but the answer is YES! The legend of Master Twardowski is based on a real-life Polish alchemist, Jan Twardowski, who served at the court of King Sigismund Augustus. It is said that the king personally asked him to perform a spiritualistic séance in order to summon the spirit of his beloved deceased wife, Barbara Radziwiłł. The earliest mention of Mr Twardowski comes from a document in the Plock Diocesan Archive from 1495, which describes accusations of witchcraft against Master Twardowski’s pupil. Some researchers identify the figure of Mr Twardowski with the German fortune-teller and astrologer Lorenz Dhur, who also served under Sigismund Augustus. As can be seen, this king of Poland liked to surround himself with alchemists and people involved in magic. 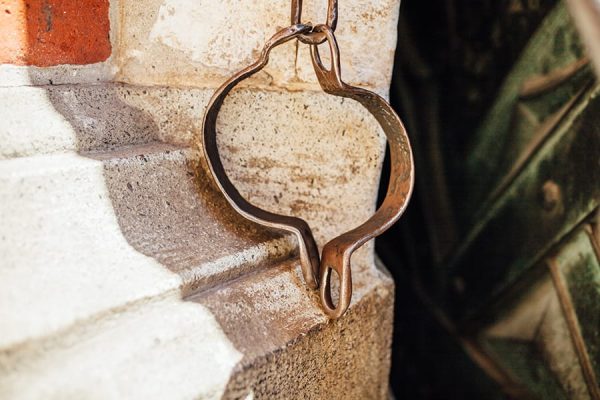 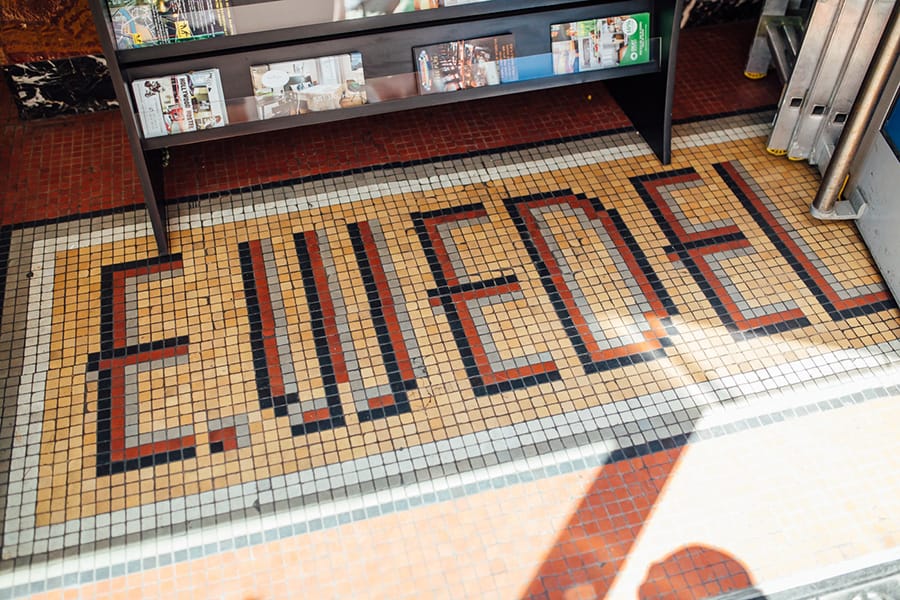 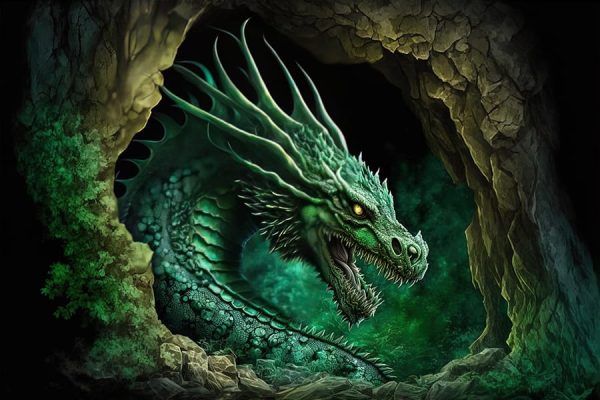